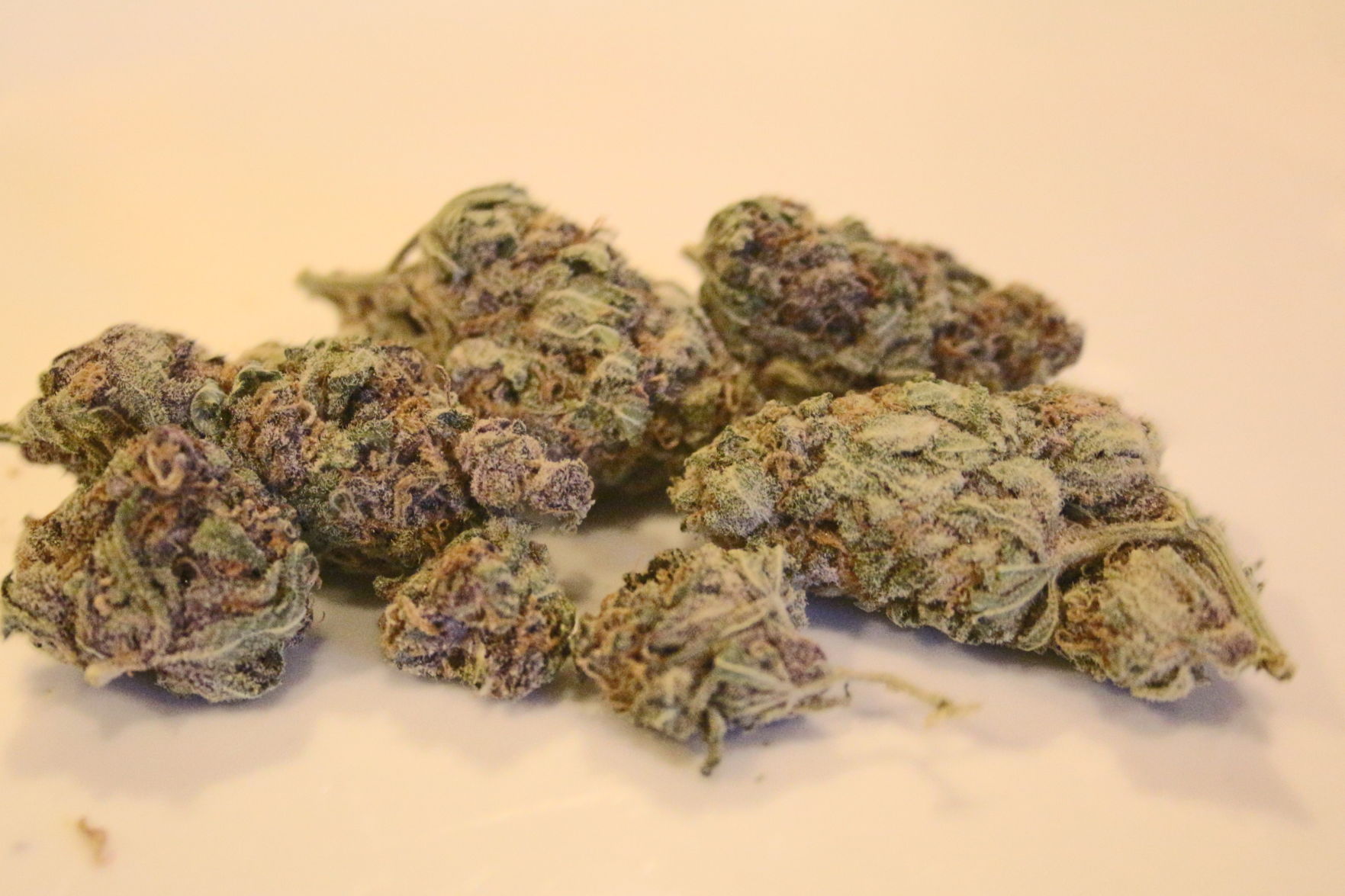 North Royalton City Council has opted to enact a third consecutive six-month moratorium on the sale and cultivation of medical marijuana in the city. File photo
PREVIOUS IMAGE


NORTH ROYALTON – City council has opted to enact a third consecutive six-month moratorium on the cultivation and dispensary of medical marijuana, though the decision did not come unanimously.

At a discussion during the Sept. 5 meeting, Ward 3 Councilman Dan Langshaw pushed for a ban instead, but the rest of council agreed to discuss the issue again Sept. 19 in council’s safety committee at the request of its chairman, Ward 2 Councilman Gary Petrusky.

Rather than ban medical marijuana outright, Petrusky sponsored another moratorium which the rest of council, except Langshaw, agreed to. Because this is a weighted issue, Petrusky said he felt more comfortable enacting a moratorium rather than closing the door on something that could benefit residents.

“I know there’s still a lot going on. The state still hasn’t finished all of its processes. I feel better extending the moratorium to wait to see what they do,” he said.

Langshaw has said he does not support medical marijuana because it is labeled as a Schedule 1 drug and is illegal in the eyes of the federal government, though the Department of Justice has indicated it will not interfere with states that choose to legalize it, as Ohio and several others have done. Langshaw said he also doesn’t trust the state to properly regulate it, citing problems that have arisen from the state regulation of oil wells. He said he also believes there is not enough research to determine the affect marijuana has on the body.

Like Langshaw, Ward 6 Councilman Dan Kasaris does not support medical marijuana because it is a drug, but told council he was OK with the moratorium because it has the same affect as a ban.

“It still prevents people, companies from growing and selling it so it has the same effect. In my opinion, let’s see what the state does and ... even though I’m against it and am not going to change my mind, we do have the state medical board, the pharmacy board working on this. I work with them all the time and they do a good job regulating what they need to regulate,” Kasaris said.

Hannan asked if there have been any companies interested in North Royalton as a cultivation or dispensary site. Mayor Bob Stefanik said once they hear “moratorium,” they walk.

“ … Because frankly they don’t want to mess with a city who has a moratorium,” he said.

Other cities, however, are seizing the opportunity, like Parma, Cuyahoga Heights and Euclid. With the county limited to five sites, at least initially, North Royalton has likely missed its chance, he added.

“We missed the boat. Others will realize the tax dollars, and they’ll realize the problems too. We can debate it all we want to, but the train has left the station,” the mayor said.

Before council voted on the moratorium, Langshaw presented a few other options for council to consider: requiring the safety committee chair to update council on the issue monthly if the moratorium passed or letting voters decide instead with a ballot vote. But council ultimately opted for the moratorium.

He said by failing to vote for or against this once and for all after having more than a year to decide, that it was clear to him council “can’t do its job which is vote and make a decision ...”

“If you think this issue is bigger than us, let’s just put it to the people, put it on the May 2018 primary election ballot … let the voters decide and have it as a zoning amendment like Brecksville is doing this November. I think we should have an up and down vote of mine and just move on. There’s more important things we should be focusing on in the city,” Langshaw said.

“It is a new issue, a controversial issue ... but to impugn the rest of council, that’s not how you get a coalition,” said Ward 1 Councilman John Nickell.

Council President Larry Antoskiewicz said in all his years on council, he has never known it to shy away from responsibility.

“Some issues have taken us longer to deal with, but we’ve always handled things within the framework of council,” he said.

Several, like Antoskiewicz and Petrusky, have said there is a misnomer when it comes to medical marijuana and it is being confused with recreational marijuana in arguments.

“I think we don’t want to jump the ship and maybe miss an opportunity. Would I love to see a Starbucks in North Royalton? Yeah, they’d make a fortune off me. On the same hand, Starbucks is addicting because of caffeine, so are cigarettes. Should we outlaw those?”