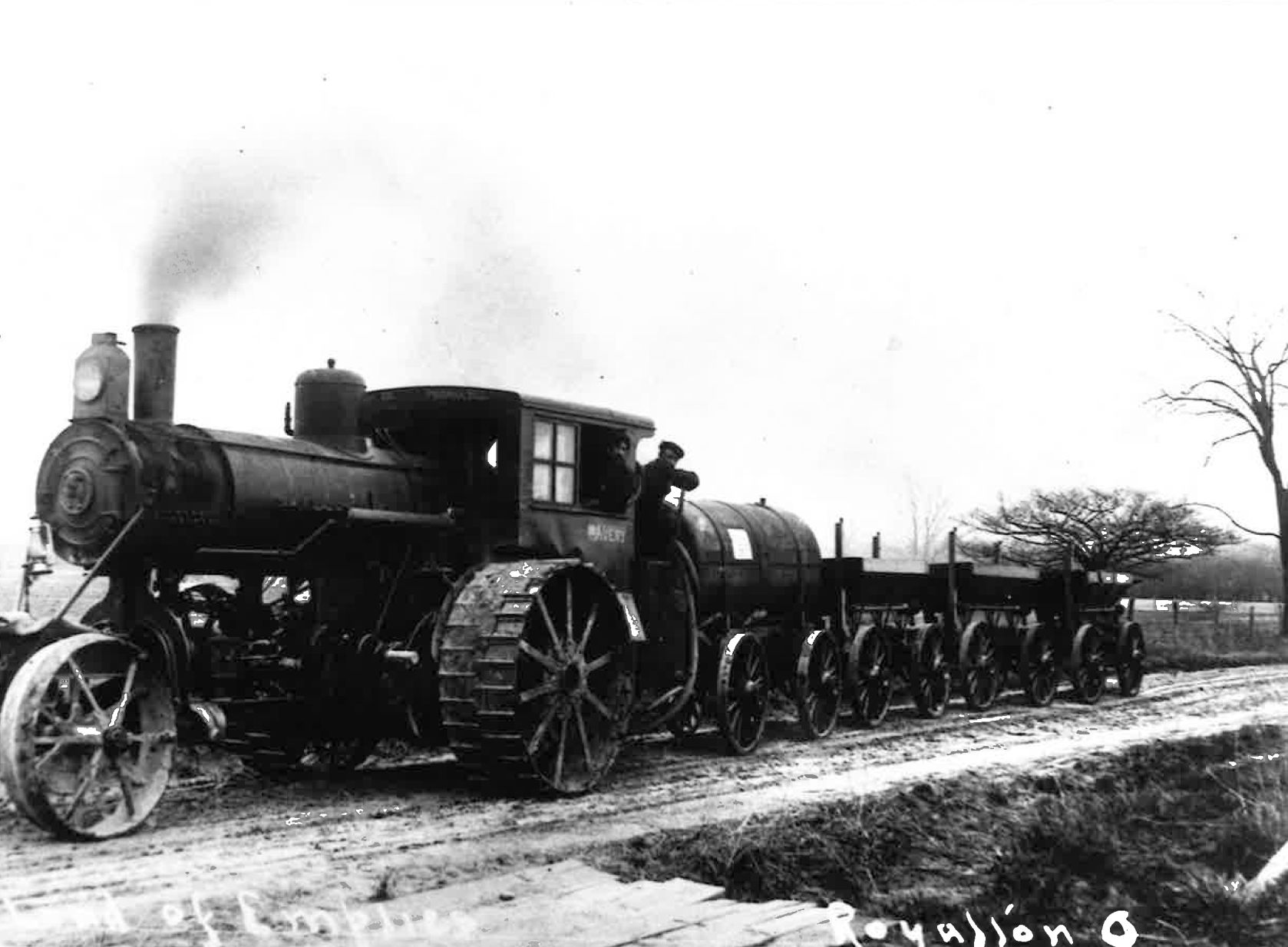 The first brick-paved road was State in 1905, using bricks hauled from Berea by this steam engine. Photo courtesy of the NORTH ROYALTON HISTORICAL SOCIETY 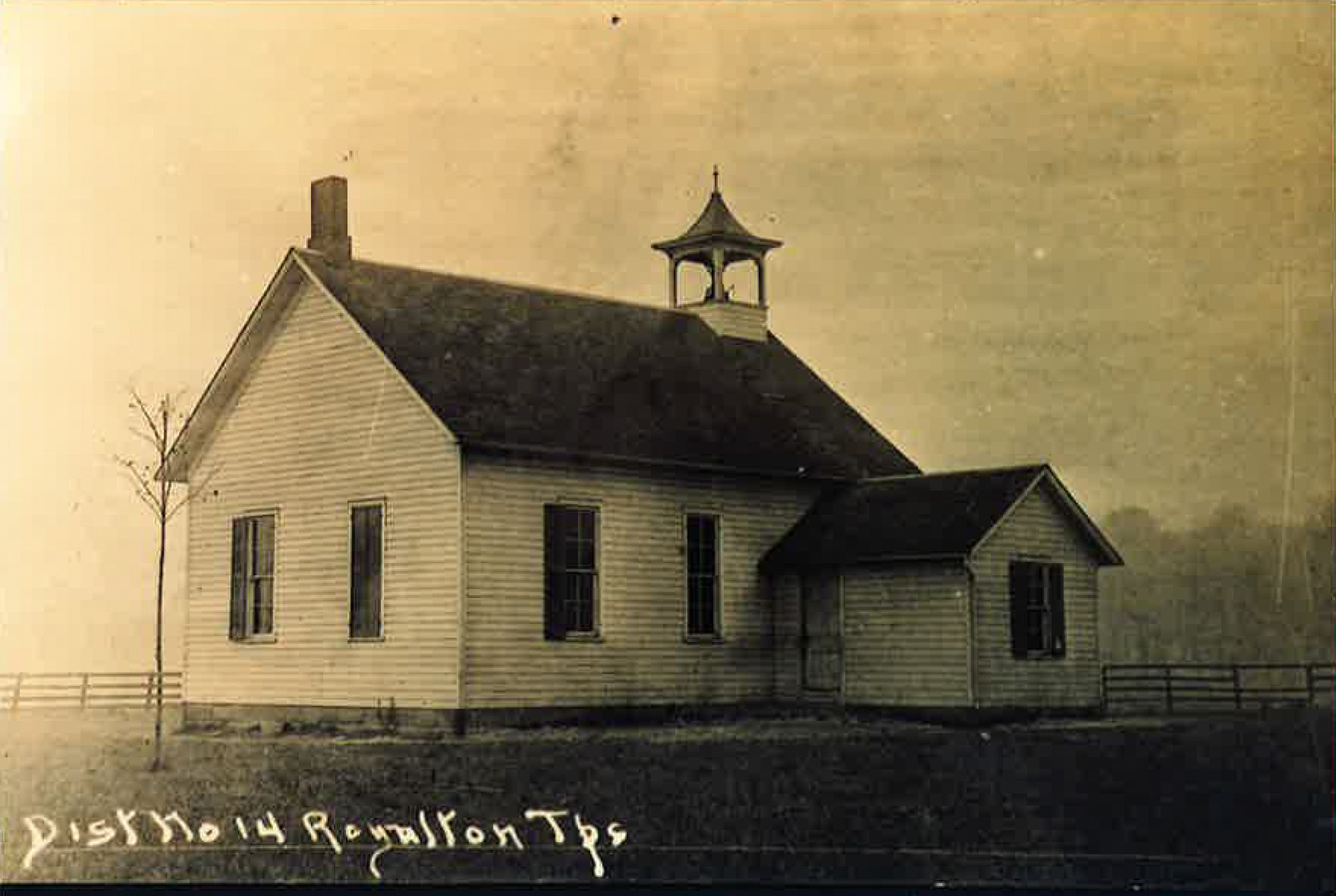 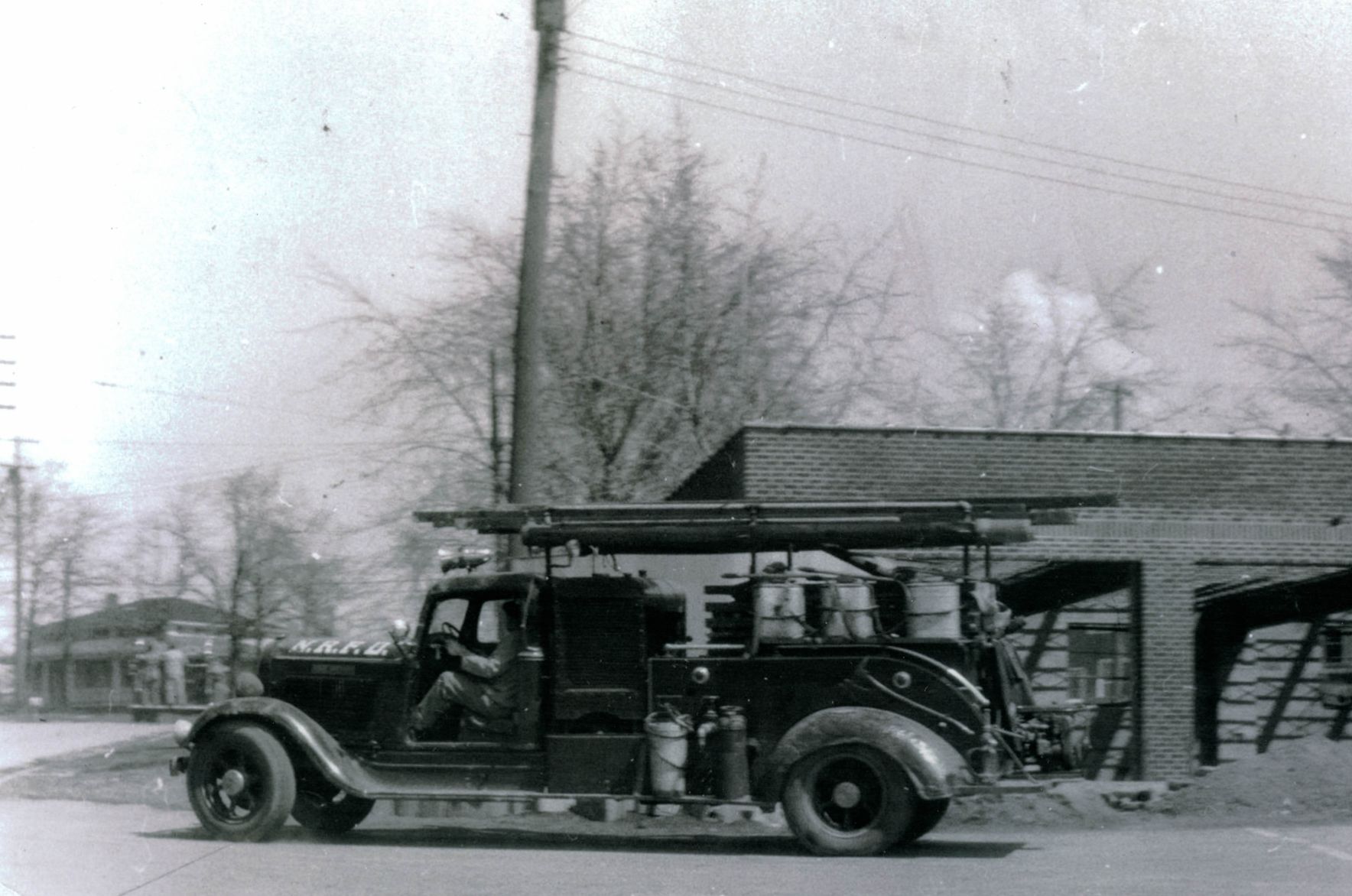 This was the very first fire truck given to the city in the 1940s by The Department of Defense. The fire department was established in 1942, and this photo was taken likely in 1948 or later as the northern wing of the former city hall is visible in the background near the corner of Bennett and Ridge roads. File photo courtesy of the NRFD
PREVIOUS IMAGE


NORTH ROYALTON – In the year 1818, Illinois became the 21st state, the first known Christmas carol “Silent Night” was sung at a church in Austria and James Monroe was serving as our fifth president.

It also happened to be the birth year of the place we call home.

Yes, 200 years ago, North Royalton was born. A gallon of whiskey was all it took to earn the name we all use daily.

In 1811 the first settlers moved to what would become North Royalton. Knight Sprague and his brother David were among the first settlers here hailing from Royalton, Vt. They offered up the hearty helping of liquor if this new community could be named after their hometown. But Sprague would go on to really earn those naming rights, building the city’s first town hall on the Village Green, today’s City Green, in 1827.

The North Royalton Historical Society’s “1818-1968 Sesquicentennial Book” contains a great deal of the community’s rich past.

Prior to 1818, Royalton was under the jurisdiction of Brecksville, but Oct. 27, 1818, that all changed when it withdrew to become Royalton Township. The first township meeting was held at the home of Robert Engle on Nov. 9 that year. Engle was married to the daughter of the famous North Royalton war hero John Shepherd, who fought alongside George Washington in the Revolutionary War. Shepherd was believed to be nearly 118 when he died and is buried right here in the North Royalton Cemetery.

At that meeting, Engle and David Sprague were made judges of elections.

Fast forward 100 years later and Royalton Township was incorporated as a village and an election to decide village officers was hosted April 4, 1927. E.C. McCombs became North Royalton’s first mayor with an annual salary of $400. Lester Edgerton, who would later go on to be the longest serving mayor of the city serving from 1930-1968, was elected a councilman.

The first council meeting was hosted June 14 that year.

The first planked roads were State and York roads, and those projects were financed by the people of the township. The first brick-paved road was State in 1905, using bricks hauled by steam engine from Berea. The first concrete road was Royalton Road, and the entire town took part in its paving.

Much has changed in 200 years, but some things never do.

In 1884, when the community was still mostly rural farmland, residents of North Royalton began the tradition of hosting an annual Farmers’ Picnic in the wooded property or grove of the farmer who was hosting that particular year: Martin’s Woods at Akins and York roads; Akins Grove at State and Akins roads; or Boecher’s Grove, the Royal Ridge Picnic Grove, on Ridge Road. They celebrated the harvest season, catching up on the past year. These picnics might be one of the only times neighbors would see each other all year.

These were the humble beginnings of the North Royalton Community Festival still celebrated today.

With the invention and rise in popularity of the automobile, residents found they couldn’t navigate their cars into the woods or groves anymore so the celebration moved to the City Green where it remains today.

The community will unite for the 134th North Royalton Bicentennial Community Festival from Aug. 10-12.

As an elected official, a member of the North Royalton Historical Society and Bicentennial Committee Chairman, Council President Larry Antoskiewicz said a ride down Royalton streets or a walk through the cemetery points to the history with names like Sprague, Edgerton, Akins. He appreciates this history, the community’s humble beginnings that live on today.

“If you have ever walked through the cemetery, you see all that history. A lot of people that did a lot to start the community are there,” he said. “Once people get to know North Royalton, they recognize the uniqueness. It is divided by a main route that really makes us unique in that north of state Route 82 is more urban and south is more rural. You get the best of both worlds here. Like I tell people, we’re building on our past, appreciating our success and looking forward to our future.”