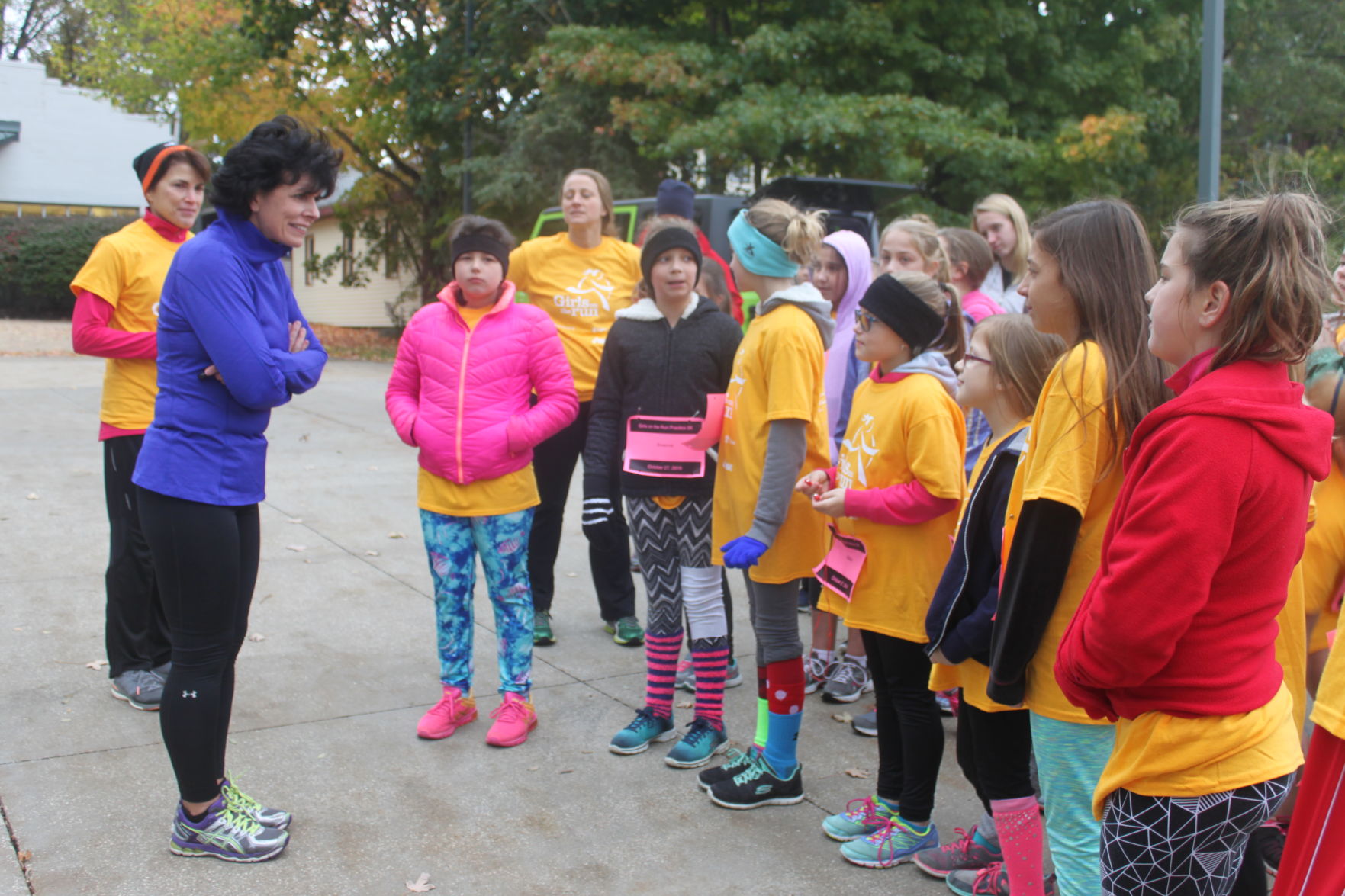 Mayor Robin Laubaugh congratulates a group of girls on their hard work through the Girls on the Run program. Laubaugh, who was recently named Ohio Mother of the Year by American Mothers Inc. said she worked to instill a good work ethic in her own children. File photo
PREVIOUS IMAGE


WADSWORTH – She has taken on many leadership roles within the city and has volunteered on countless projects throughout the community, but the accomplishment Mayor Robin Laubaugh is the most proud of is raising her four children.

“They are four wonderful children,” Laubaugh said of her kids, Mitch, Amanda, Jana and Alex. “Two of them have their own children. They are contributing members of society out there doing their best.”

The feeling is clearly mutual, Laubaugh’s four children surprised her last year by nominating her to be Ohio Mother of the Year through American Mothers Inc.

This national organization is the official sponsor of Mother’s Day and each year honors a mother from all 50 states and Puerto Rico.

“American mothers are true American heroes,” said Connel Branan, president of American Mothers, Inc. “For over eight decades our organization has honored mothers who work tirelessly and serve greatly. It is inspiring to see so many women who embody the selfless, caring spirit of motherhood and who are using that maternal energy to make the world a better place.”

“This was quite a surprise and very humbling,” Laubaugh said. “While I worked my hardest and did my best I look at others who did the same thing and had struggles and stresses that I didn’t have such as raising a special needs child, being a foster parent or a single mom. But I feel very blessed and I want to be an advocate for motherhood and families.”

During the interview process, the folks from American Mothers, Inc. asked Laubaugh about her parenting philosophy. She said she worked hard to instill the importance of hard work into her children.

“My husband and I worked side by side with our children,” she said. “We wanted them to learn to work hard and feel a sense of accomplishment. They would do yard work and washing cars with us, but they also did a lot of service with us. My oldest kids were 8 or 9 when we were volunteering to make Kaleidoscope a reality.”

Laubaugh added that she also believed in teaching her kids about communication.

“We wanted them to be able to work well with others and be a good communicator,” she said. “We would tell them to look an individual in the eye and shake their hand. Show interest in people.”

Laubaugh added she also wanted to instill a strong sense of faith in her children.

“We are so fortunate to live in a community of so many wonderful congregations of individuals who have a strong faith and are a force for good. The children benefit by associations and are taught not only by their parents, but by dedicated members of their faith,” she said. “We are members of the Church of Jesus Christ of Latter-day Saints. My children benefited greatly by caring leaders and teachers and by the various programs that were provided. As I had mentioned before, raising children is not easy, and I’m so grateful for the support my congregation provided during those years.”

But Laubaugh said one of her biggest sources of support came from her husband Bryan.

“I wouldn’t have been able to raise the kids and also volunteer and be involved with service without him,” she said. “He has always been very encouraging and supportive.”

Another reason receiving this honor means so much to Laubaugh is because her own mother, Ruby Lesser, had been named Ohio Mother of the Year by this same organization more than 30 years ago.

“She died when my kids were very young, so they always heard about her and what an amazing and awesome person she was,” Laubaugh said.

Laubaugh will travel to Washington D.C. with her children next month for American Mothers Inc. national conference. She will get to meet mothers of the year from the other states and hear speakers who talk about the importance of motherhood. One honoree will be chosen as the national mother of the year.

“I’m very excited to go and meet other mothers,” she said. “It is just a very humbling experience.”