New art installations to be unveiled at key intersections 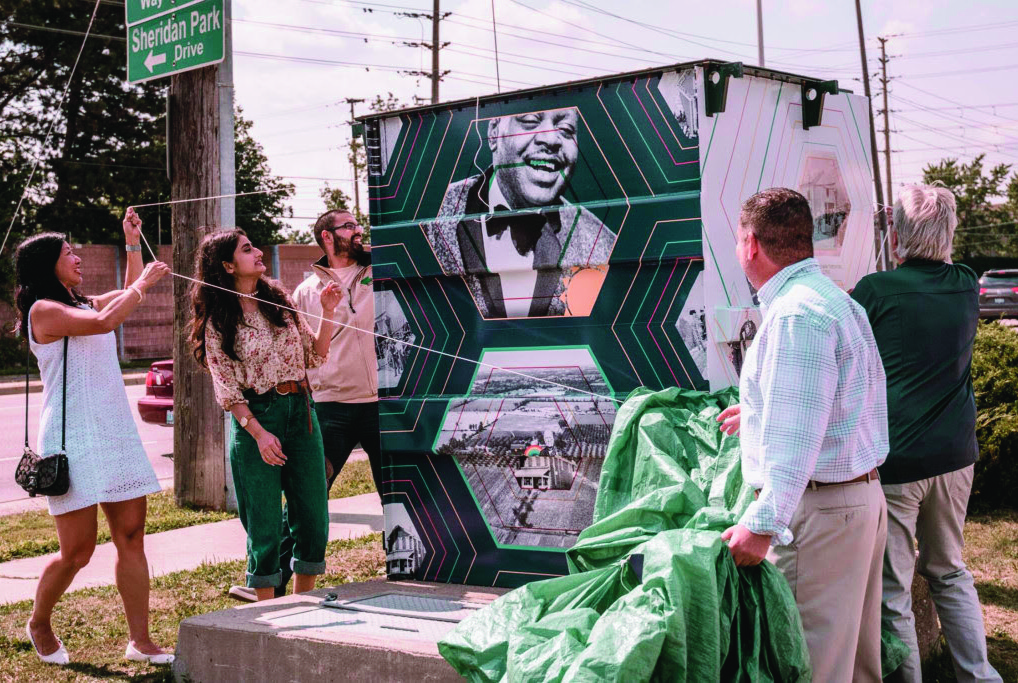 A utility box honoring the life of Oscar Peterson, which was unveiled in 2017 by the Mississauga Arts Council. (Supplied)
PREVIOUS IMAGE

This weekend marks the first in a series of new public art projects that will be unveiled across Mississauga.

The new beautification projects, which were organized by the Mississauga Arts Council, are all located in the northeastern corner of the city and showcase key moments in local history.

“Imagine going to work and knowing that you might have to put yourself on the line to save someone else. That's a day in the life for Mississauga Fire and Emergency Services personnel,” said Councillor Pat Saito, who will be unveiling a stylized utility box at Fire Station 111 on Derry Road West this Saturday (Oct. 13). “After 50 years, it’s time to mark their achievements on behalf of the residents of Mississauga.”

Designed by artist Joanna Turlej, the fivesided box showcases firefighting then and now.

The box design will be unveiled in a ceremony beginning at 11 a.m.

Following the reveal, a second utility box, located on Derry west of Tenth Line, will be unveiled on Sunday, Oct. 14 at 2:30 p.m.

The utility box, which was sponsored by Alectra Utilities and co-designed by Councillor Sue McFadden and artist Stella Jurgen, pays tribute to the Lisgar community.

“We are honoured to work with the Mississauga Arts Council to support their goal in beautifying and celebrating the heritage of the Mississauga community,” Alectra vice-president Blair Peberdy said in a statement.

A third utility box will also be unveiled on Sunday at 1535 South Parade Court, which pays tribute to William Lyon Mackenzie and was designed by Pernia Jamshed. The reveal will take place at 1 p.m.

“William Lyon Mackenzie, the 19th century Ontario revolutionary slept here, or nearby, and who knew?” asks Ward 6 Councillor Ron Starr, “That’s what we wanted; history with flair, and (Jamshed) did a great job of beautifying this corner parkette.”

All residents are welcome for the events, which will include live entertainment and snacks.

In a statement released earlier this week, the arts council said that they expect the 17th such beautification site in the city to be completed soon, which includes three utility boxes along Mavis Road marking the epic train derailment of 1979.

Nine new public art projects will be revealed in total this year.