Rubble remained at the State Street site on Jan. 18. 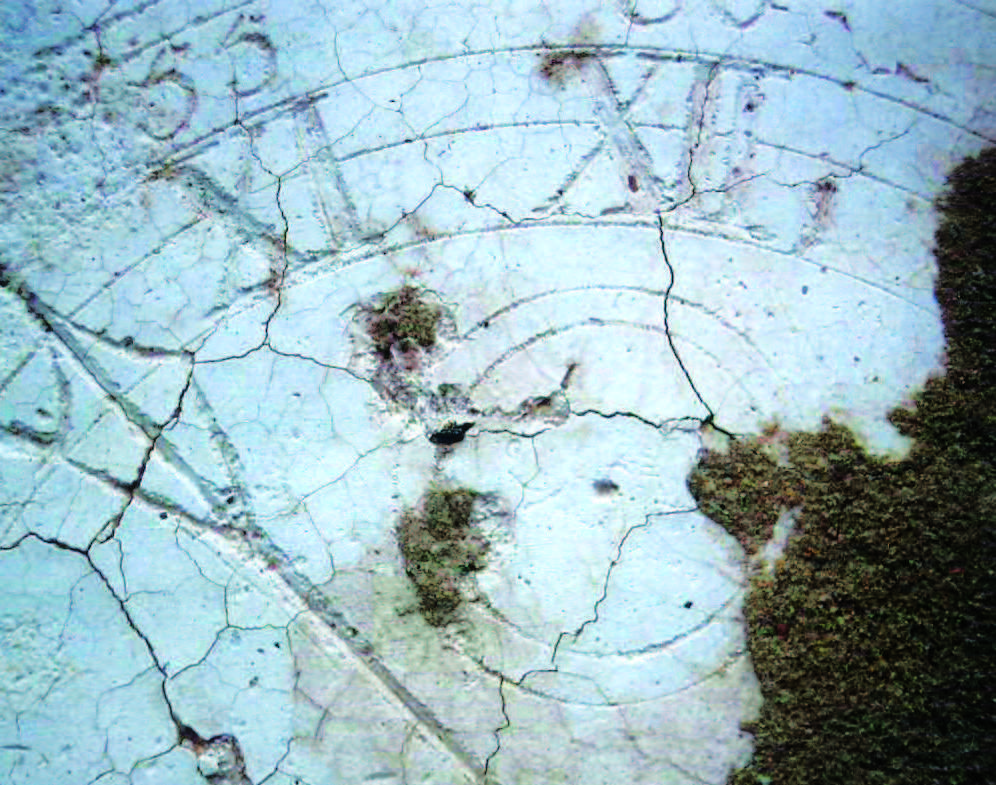 This clock face was styled and carved for the date placque at 28 E. State St. by Samuel Solliday ca. 1838.
PREVIOUS IMAGE


The demolition of the 200-yearold Smith-Solliday Building aka Poor Richard’s is much more than a former pile of sticks and stones. It is the destruction of our identity, our incredible centuries old heritage; it mocks decades of hard work by Doylestown and Bucks County residents to document and celebrate our diverse heritage witnessed by the solid buildings, built by skilled craftsmen to serve for centuries.

Most alarming, the demolition is a violation of the basic rights the citizens of the Commonwealth of Pennsylvania, are due under our State Constitution, Article 1, Section 27.

Public officials all take an oath of office to honor and defend our federal and state constitutions. In Pennsylvania we are especially honored to have “a right to natural, historic and aesthetic resources ... and for generations yet to come.”

It is an oath to defend the physical representation of our history.

The purposeful actions over the last several years by the County Theatre organization and Doylestown Borough to order the demolition of one of Doylestown’s oldest buildings, have denied the citizens of Pennsylvania and Doylestown their right to historic resources. These actions have denied the future, the young people in whom we wish to instill values of respect and sense of unique heritage. These actions set dangerous precedents.

“We” – present and future – have been denied the privilege of observing, studying, admiring and learning from a unique building, one associated with several very significant persona including courthouse and town builder Timothy Smith and famous clock maker and entrepreneur Samuel Solliday. We have been denied opportunity to study the unique physical features, character defining and verifying Doylestown’s birth through its stone construction; features unique in Federal, domestic-scaled construction, namely the use of king-post trusses and exquisite clock-faced carved date placque. We have been denied a building listed in the National Register as contributing to the story of our nation and critically deining the fabric that holds Doylestown together.

Sincere efforts since the purchase of Poor Richard’s by the County Theater in 2016 to convey the importance of this building, via age, associations, actual physical elements and as the historical setting for the County Theater itself, have been purposefully ignored, hidden or significantly downplayed as insignificant to the single-minded goal of demolition and replacement with an out of character new building, one that disrupts the historic ambience of the streetscape and competes through harsh shiny surfaces with the County Theater’s unique facade. Black and blue and shiny new.

The theater once stood as an image of a properly scaled and fenestrated statement that respected its surroundings and invited those visiting to embrace the rich variety of voices spoken through the adjacent buildings of individual effort. Doylestown’s soul has just been sold.

Continued efforts to attend meetings, share through media, convey concerns through letters to the borough, HARB members and state representatives, have serious discussions with principals involved, were thwarted, ignored or warped into “we even consulted with preservationists to achieve an outcome.”

The Smith-Solliday building’s stone core was solid and had salient features easily showcased into the new lobby – it would have been a perfect opportunity for the County Theater and Doylestown to demonstrate to the region that it stands unique in embracing and defending its history – a history of recognized value to the nation – and the future.

But now, the pile of rubble represents anywhere USA – a society of increasing ignorance and apathy, squashing the generations of life energy that worked here to make our communities strong, squashing any voice that would speak up in concern – for the future.

I was honored 35 years ago to direct the team, including Wilma Rezer, in the daunting effort to document and deine Doylestown Historic District of 1,190 buildings as worthy of listing in the National Register of Historic Places.

This was my hometown too, for schooling (OLMC and Lenape), shopping (The Carriage House aka Poor Richards) and entertainment (yes the County Theater, even before the Deco facade).

I witnessed the demolition of the Victorian Court House and the exquisite Salem Parsonage, feeling the joint pain of the community.

I watched the State Street opening into one-way in conjunction with community efforts of “Operation ‘64” to say no to federal funds to demolish downtown sites for parking garages. I am now ashamed of Doylestown.

I ask Paul Simon to forgive any misrepresentation in this paraphrase: “And the people bowed and prayed, to the Neon god they made, “And the sign lashed out its warning ... and echoed in the sounds of silence.”

Kathryn Ann Auerbach, preservation consultant, was the principal author of the Doylestown Historic District nomination for the National Register of Historic Places.