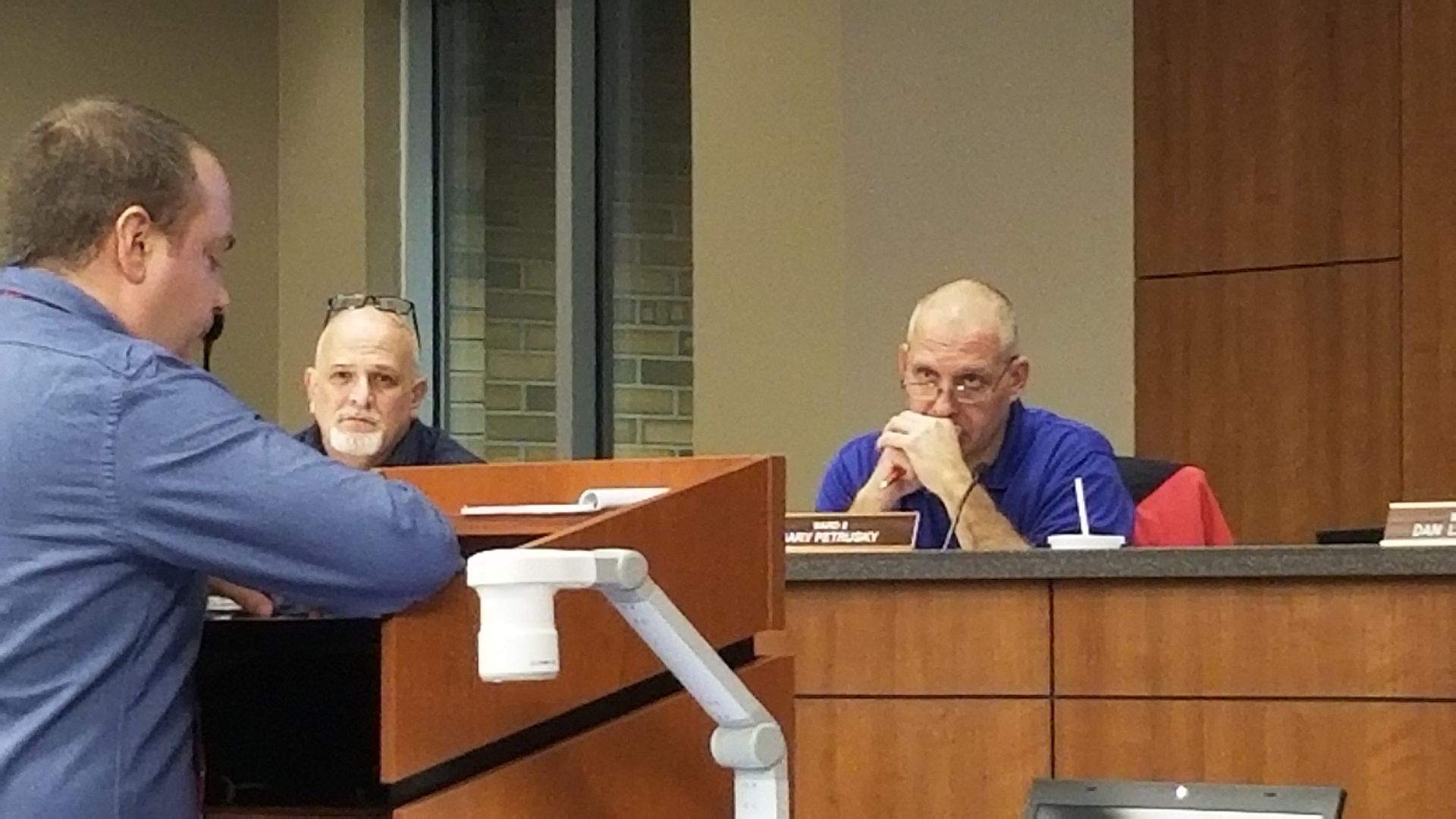 
NORTH ROYALTON – The highlights of the 2018 budget were presented to city council over the course of two recent finance meetings and passage is expected before the new year.

The main capital expenditures in 2018 address infrastructure and equipment needs.

The city is earmarking approximately $1.2 million for the 2018 Roads Program and another $90,000 for annual street striping.

Municipal building projects will continue as in years past to stay on top of maintenance needs, officials said.

At the building department, more facility upgrades will be made. A great deal of the work renovating the main office section has been done in-house. Approximately $20,000 will be allocated to continue those enhancements.

“It looks professional, it looks fresh, it looks like a place of business now. It’s not outrageous, but it makes everything look nice. It was time,” Council President Larry Antoskiewicz, chair of council’s finance committee, said commenting on last year’s improvements there.

Parks and Rec will also receive some TLC to repair a roof at the York Road building, approximately $30,000, as well as purchase new field maintenance equipment in the amount of $25,500, which will be partially paid for by the Baseball Boosters.

The police department, which is on a separate phone system currently, will be updating its system and server, similar to what city hall did a few years ago. The cost is about $51,000 but the city will recoup those dollars eventually through lower phone bills.

“We should see a return on that investment in about four years,” Dean told council.

“The vehicles they are spec-ing out now are heavier duty with a longer chassis life,” Chegan explained. “One big thing is our maintenance program, we do an undercoating for corrosion. So to replace a 2001, I think we did our due diligence on that.”

The fire department also needs $30,000 to repair pillars and $125,000 for bay floor repairs, both at Station 2. All these improvements to the station and the vehicles will be paid for through fees collected from EMS runs, which are reserved for capital items.

Wastewater has requested a Ford utility vehicle with a crane in the amount of $110,000 as well as $300,000 to repave the access road off Royalton Road.

Dean said these amounts are all estimates and could come in lower.

Overall he said the economy is doing well, and the city budget is a reflection of that.

Each year since 2010, the city has seen an increase in income tax collections with 2016 being a benchmark year for the city and 2017 on track to do even better than last year, however, the city continues to lose state municipal funding each year, now totally $5.9 million since 2010.

“Even though we’ve had increases in taxes, we have had less state funding so it offsets some of that,” Dean said.

Though income tax collections are rising annually, the city budgets collections to be flat, approximately 1 percent less, year after year to plan conservatively.

“From past experience, we know the economy can take a turn for the worse at any moment. We keep that in mind as we project income tax receipts and income for 2018 and beyond, always assuming a downturn could happen in the near future,” Mayor Bob Stefanik said.

Antoskiewicz said the budget has been solid each year, and this year is no different.

“Our process that we have in place has always led us to a good solid balanced budget for the year. We continue to budget conservatively and make adjustments through the year as revenues come in. This year is no different,” he said.

Ward 6 Councilman Dan Kasaris said council and the administration have worked hard since 2010 to cut unnecessary spending to better protect taxpayers, and that the city is doing well despite continued state cuts.

“It is tough to budget for a city when the governor and legislation seems fixed on taking more and more of our dollars. We are fortunate to be living in a city where a huge majority of our residents are employed. I am happy we are able to work together for the best interest of our residents,” he said.

“Thankfully, we have been able to weather the state funding cuts. And, we are projecting to bring in, in 2018, what we did in 2017,” he said. “I look at the city budget the same way I look at my personal budget ... conservatively. I’d rather be surprised by a little extra money than have to scramble and plug a hole.”