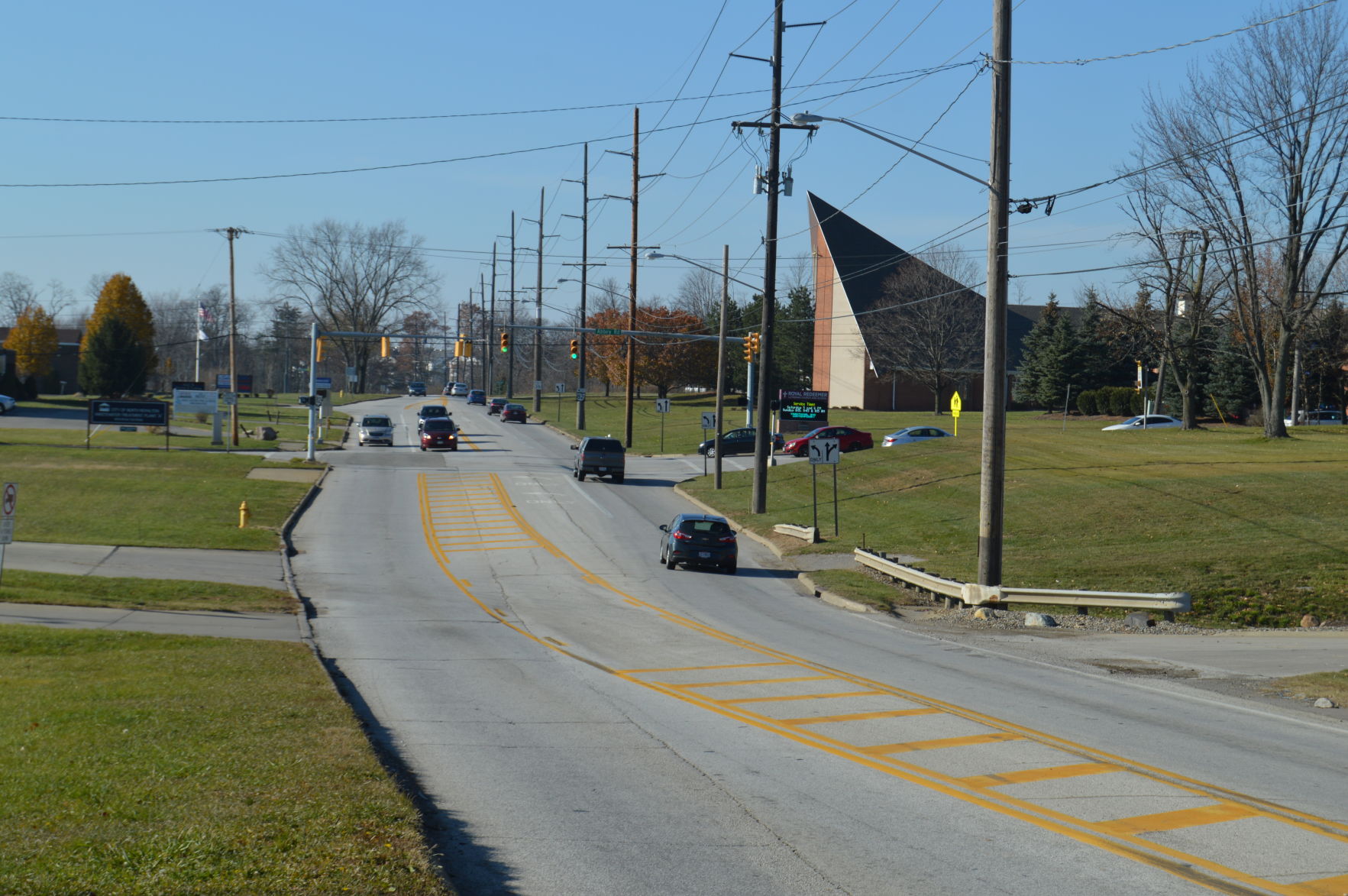 The widening of Royalton Road, from West 130th Street to York Road, is coming soon with the project currently in the land acquisition process and expected to go out to bid in late winter. Photo by JAIME ANTON
PREVIOUS IMAGE


NORTH ROYALTON – An update of the upcoming widening of state Route 82 was given during a recent city council meeting where officials said the project looks to be on schedule to begin construction sometime next year.

This long talked about project, converting the two-lane roadway into a three-lane curbed road with sidewalks and tree lawns on both sides, is progressing, in fact, land acquisitions are nearing completion. City officials say as long as negotiations wrap up by mid-January, the city will still be on track to bid out the project in late winter.

OR Colan, Inc. is negotiating the acquisition process, which impacts 41 properties including the three parcels owned by the city of North Royalton: the service department and the former compost facility. A temporary drive from the service yard spanning across the vacant land next door to the drive wastewater utilizes, will have to be constructed and utilized by service crews for the duration of the project. The drive is included in construction costs.

The city will receive approximately $20,000 for its land which will be put toward its share of the cost of the widening and a portion will be given to the wastewater for the land it owns at the former compost site.

Some signs will be impacted by the widening and must be relocated all together, others will be too close to the right-of-way once the project is complete, impacting line of sight, and some relocations could require variances. The city has been working with these property owners to come to an amicable solution. Those whose signs are relocated are compensated as part of their acquisition.

“We have a process we’ve worked out for this, internally, that we hope will satisfy everyone,” Royalton’s Law Director Tom Kelly told council.

Because the widening is perhaps one of the biggest improvements in the city’s history, it will appear before planning commission for a formal presentation sometime in the next few months.

Jordan said it may seem as though not much is happening, however, there is a light visible now at the end of the tunnel.

“The residents and users of the road do not see a lot of work going on currently, however, an enormous amount of planning and design work is ongoing. We hope all this effort pays off during the period of construction and the project will proceed smoothly,” he said after the meeting.

Construction is planned in two segments.

The first is just east of West 130th Street to just east of Abbey Road and the city service department driveway. In phase one of this segment, a temporary roadway will be laid to the north, maintaining two-way traffic. Once in place, the water line, storm sewer, southern pavement, sidewalk and grading will be performed.

When that is complete, two-way traffic will switch to the new southern portion for the second phase where the northern side, sidewalk and grading will be reconstructed.

A detailed timeline is expected once the contractor is chosen, Jordan said. However, completion of the first segment is expected sometime in 2019.

The second segment will then pick up in 2019 and extend to York Road and will be performed in the same fashion. Completion is anticipated in the fall of 2020.

The total cost is approximately $12.5 million but this is an estimate. The Federal Surface Transportation Fund will pay 80 percent. The remaining 20 percent local match will be split between North Royalton and the county. The county is the administrator of the project.

The local partners have applied for Issue One funding to cover their portions. Any excess Issue One money will be used to match construction administration and also right-of-way costs. The city also has two federal earmarks totaling approximately $1.6 million that will pay for the design.