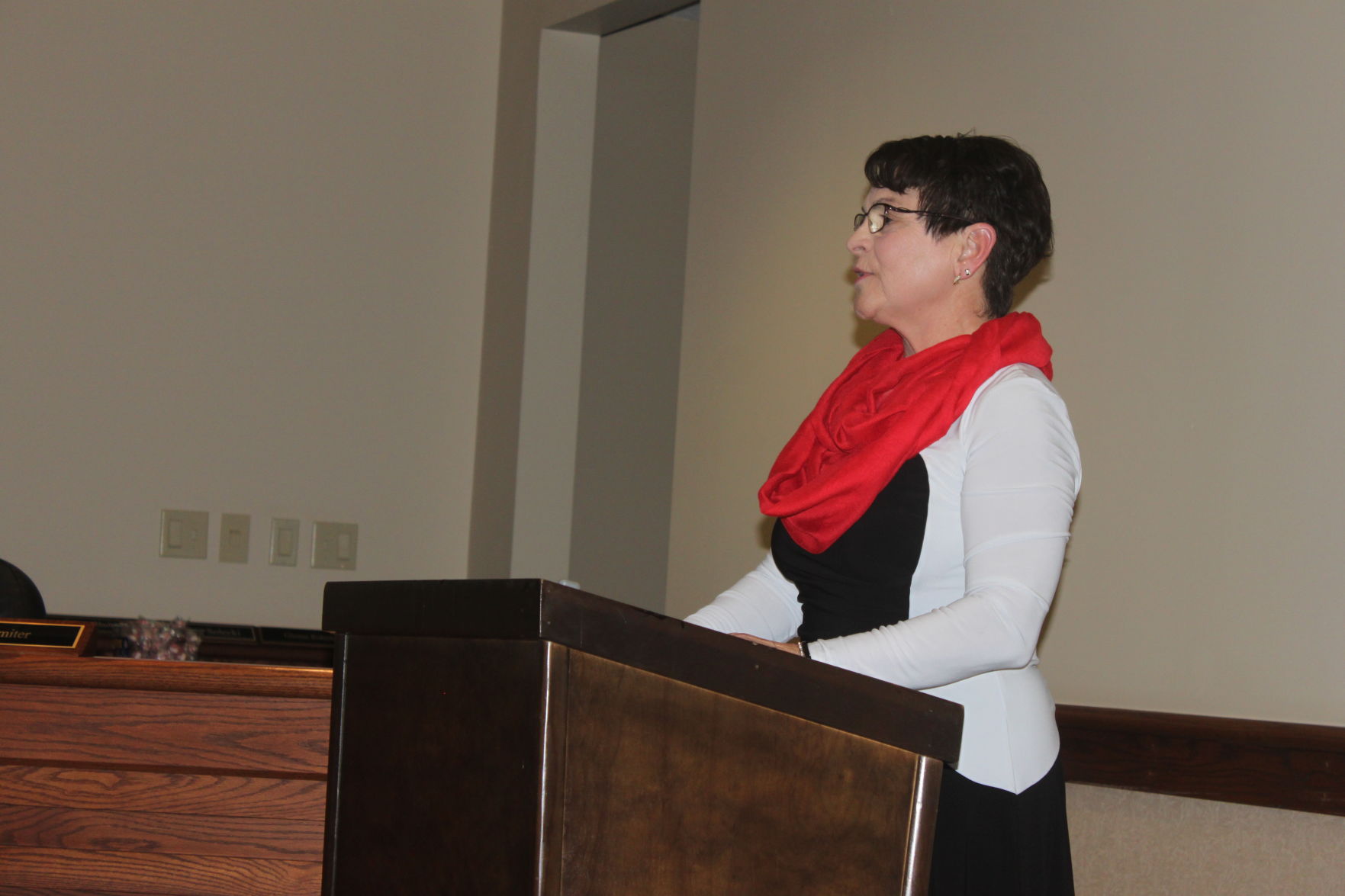 
SEVILLE – After a busy year in 2017, the village is looking forward to some exciting plans in the coming year according to Mayor Carol Carter.

Carter presented the annual State of the Village address before council and members of the community at the Feb. 12 village council meeting.

“Last year was a very busy year, as could be seen on the west side of town with construction for much-needed infrastructure improvements as well as our newly-constructed water towers,” Carter said.

This year, there will be a big focus at Cy Hewit Park as street and park department employees will roll up their sleeves to create a number of new amenities including a handicap-accessible trail that will be paved with recycled materials.

There are also plans for the creation of cornhole games, a sledding hill and a dog park.

There will be a pond cleanup to allow for a fishing pier and also the Ivan Reed Memorial Pavilion.

Plots will be set up to allow for the Mayor’s Monarch Butterfly Pledge setting up a sanctuary for monarch butterflies.

“This is a dream and a vision that is now becoming a reality,” Carter said.

In the police department in 2017, all officers returned safely with zero time missed due to injury.

The entire department utilized the equivalent of only eight days of sick time, Carter said.

“For several months, the department was operating as a five-man department with no change to the services offered,” Carter said.

Carter added that a sixth officer was hired to replace the loss of a veteran officer, but said she believes a seventh officer is needed when the budget will allow it.

Carter also took some time to talk about the importance of good leadership.

“Leadership that works is not a destination, but an ongoing journey,” she said. “Each decision we make has an effect.”

Carter took a moment to recognize city administrators, employees and members of council within the village.

“This group of elected officials all have a vision and there isn’t one of us content with simple or easy,” she said. “We are all out-of-the-box thinkers and while so much of what gets done looks routine, there is a lot of work that goes into that. Some of the simplest projects take a year of planning to become a reality. I am humbled and honored to represent the village as mayor and I am blessed to have a council that allows me to be me. I also want to thank the village employees because they make us – the elected officials – look good.”

Also during the meeting, Village Solicitor Ted Lesiak announced that the village might have to consider some options regarding the walking trail.

He explained the land where the trail will be constructed was surveyed and split into three properties, but when the surveying took place there was a sliver of land near the railroad tracks that was missed.

Lesiak said the land might need to be surveyed again and there would be a need for easements from the three property owners.

He said another option would be to survey the property and move the location of the proposed trail.

“That option would be the least expensive, but I don’t know the lay of the land and if that is even possible,” he said. “Sometimes the smallest of things can turn into the most difficult things.”

Members of council said the issue is scheduled to be discussed further at an upcoming committee meeting.